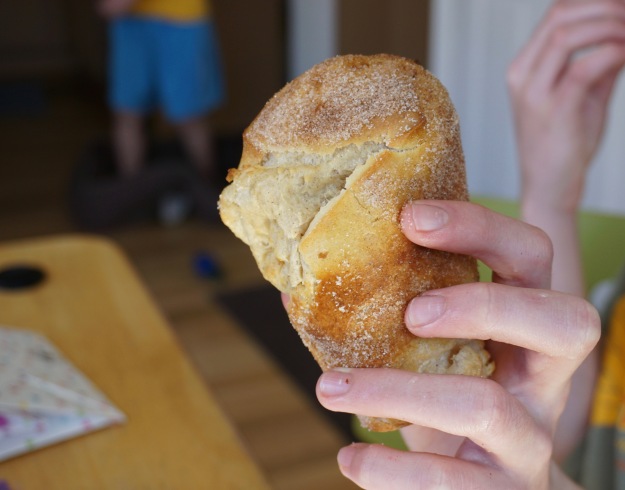 Last Friday’s FBF was a pile of uninspired smiley face pancakes.  It’s been done to death, but this time I made a triple recipe and took a bunch to the 3rd grade Valentine breakfast party.  No photos were taken, but here’s the recipe.

We had a very lazy President’s day weekend because Luke had an extremely high fever and Jack had a head injury. (A “let’s just rest for a couple days since Luke is ill anyway” type of injury, not a diagnosed concussion or anything.)  I spent some time browsing Pinterest and I saved this recipe for a future FBF.  Then Luke’s illness miraculously improved to the stage where you have a burning desire to make homemade donuts.  I’ll make a pop tart from scratch, but for some reason I draw the line at frying donuts.  There are a lot of reasons why I don’t feel like helping/allowing Luke to make donuts but I summarized them with this reply to his request: No.  To soften the blow, I suggested that he go ahead and steal my FBF thunder and make these popovers.  He did, and they were amazing.

These popovers were the tallest popovers made in my kitchen by far.  I also love that this recipe makes 6, since I have a 6-popover pan.  My only complaint was that Luke only divided the batter 5 ways, so there were a couple that were just slightly undercooked.  This is definetly something that I (we) plan to make again.