Last week I was pretty busy with my Lamb Cake entry into my family’s #lambofgosh contest.  As you can surely see, I won the Martha Stewart award for beauty, perfection, and showboating.  Thank you.  (There were 8 other award winning cakes.) Next year, I will have a lamb cake tutorial before Easter, but between now and then, I really need to figure out how to make the cake.  It’s still a major trial and error.  I have had two successful cakes and two massive failures.  I want to make the cake from scratch, but after this year’s disaster, I used Duncan Hines white cake.  For the icing I used a recipe I have for Swiss Buttercream.  Details next year!

Due to the Lamb Cake of 2017, no thought went into FBF last week, but we did eat the lamb cake head before we hit the road for a camping trip.  But I DID put some thought into camping Easter breakfast, and I got the other family we were camping with to work with me on this beautiful creation (idea from A Beautiful Mess): 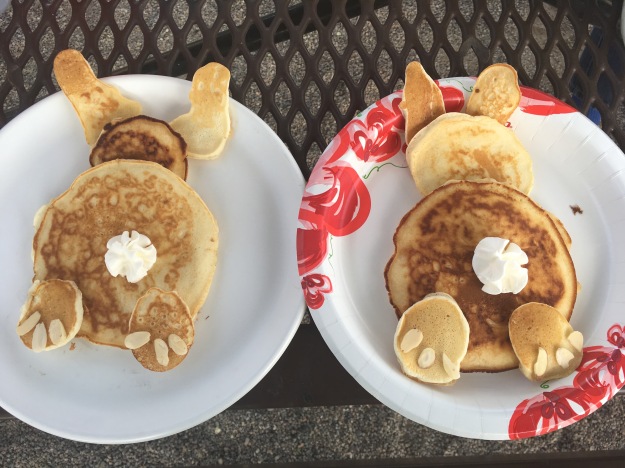 My friend Ryan made the heads and bodies and I made the feet and ears, and did the assembly.  Coincidentally we both used Krusteaz mix — just add water.  I don’t even measure because the ratios on the box are very weird.  I just dump the mix in a bowl and then add water until I get the consistency I am looking for.

Today is a very exciting day because I donated a Fancy Breakfast to the school spaghetti dinner fundraiser.  I won’t be there, which is good because I will be very mad if it goes for $5.  I told Luke to up the bid to at least $20.  Good luck out there at the silent auction, people!

Here’s one more picture of my cake: 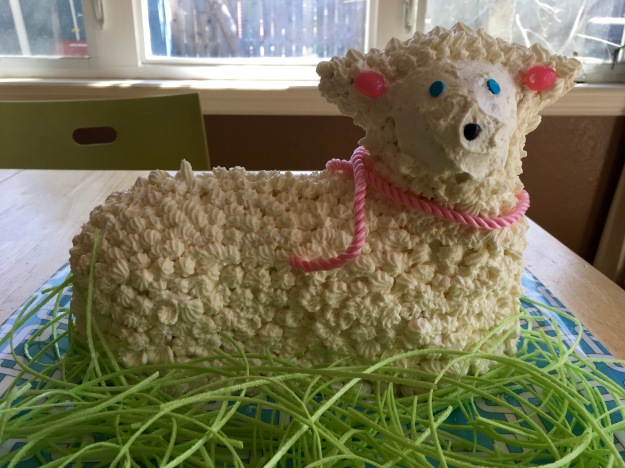