>ABC 123 19th of July. Blah. Even my own special cake-eating and present-buying holiday couldn’t totally cheer me up today. Oh well, there’s always next 19th of July.

I wasn’t able to make or order a delicious cake, but I had Dave pick one up during one of the times I sent him to the grocery store today. It was good. 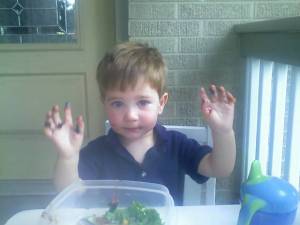 And since I can’t leave the house to shop for summer clothes like I usually do on the 19th of July, or thereabouts, I focused my energy on online window shopping. For cameras. As you can see above, I am still using my phone as my only camera these days, and it isn’t pretty.

As a Boulder, green, earthy, granola type, I always feel the need to shop at locally owned businesses. So I have been to our local camera store a few times, but I just haven’t been able to pull the trigger and buy a camera there, when I can get the same thing cheaper somewhere else. I just end up at Target, getting the camera for $25.00 less than at the local shop, and then half an hour later, I buy the same camera at Costco for another $50.00 less than at Target, and then 20 minutes later I return the first camera to Target. It’s so annoying and complicated. After my camera fell in the sand in Mexico, I took it to the local shop to see if they could fix it. They said no, and that Canon would charge me almost as much to fix it as to buy a new one, (like $200) so I should just buy a new one. While I was there, I jiggled the camera enough to get it working again. It worked for another month, on and off and then broke for good. So the next time I was at Target, I picked up a camera half heartedly and started looking at it. The sales guy said, “Can I help you?” And I said, “Yeah, my camera broke, so I guess I have to buy a new one.” He said, “NO! Don’t do it! Call the Canon customer loyalty number, they will hook you up. You can just get a better camera for like $100.00.” I figured it was worth a shot, and the helpful target salesman was right! For $100 they will fix my camera, or I can get a refurbished better model for somewhere between $125 and $200. (Actual retail price for a new one ranges from $250 to $400.)

I am comparing and contrasting cameras and not feeling too guilty about not supporting the local store. Just this once though.