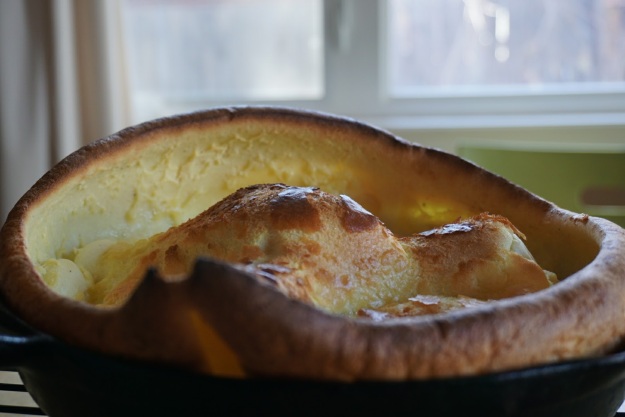 This isn’t a recipe for a crowd, or I suppose it could serve more people if it was just one of many items being service for breakfast.  I made it on a day that Dave was going into the office, so he missed out. Jack and I both ate a a fourth, and Luke ate half.  It was delicious.  I’m sure I served bacon and fruit with it, but I can barely remember.

I followed this recipe from the New York Times, and it was amazing.  If you were stressed about the butter, you could maybe cut it in half. I was surprised at how much melted butter was just resting on top of the dutch baby when it came out of the oven. 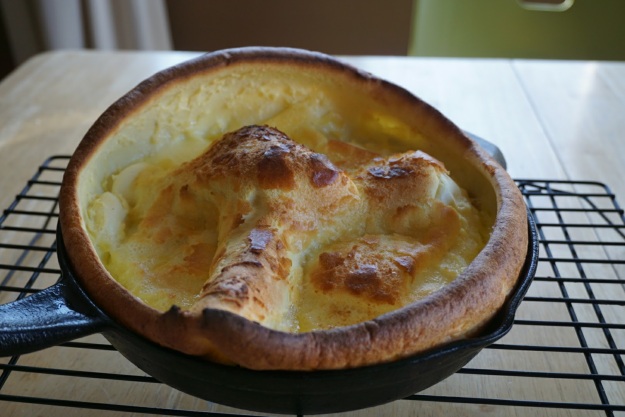 I covered the butter in cinnamon and sugar, and that was delicious. 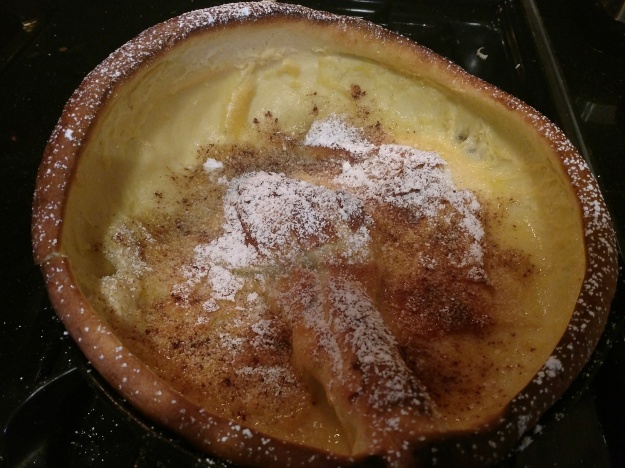 This was the start of a marathon baking week.  I made cookies for Jack’s class, then I baked a Game of Thrones cake for his birthday.  Then I made FBF today, and we are having a recital at our house tonight, so that will be dinner for 13. That just leaves one more cake to bake for Jack’s birthday party.  And then I can just relax until… wait is Thanksgiving next week?