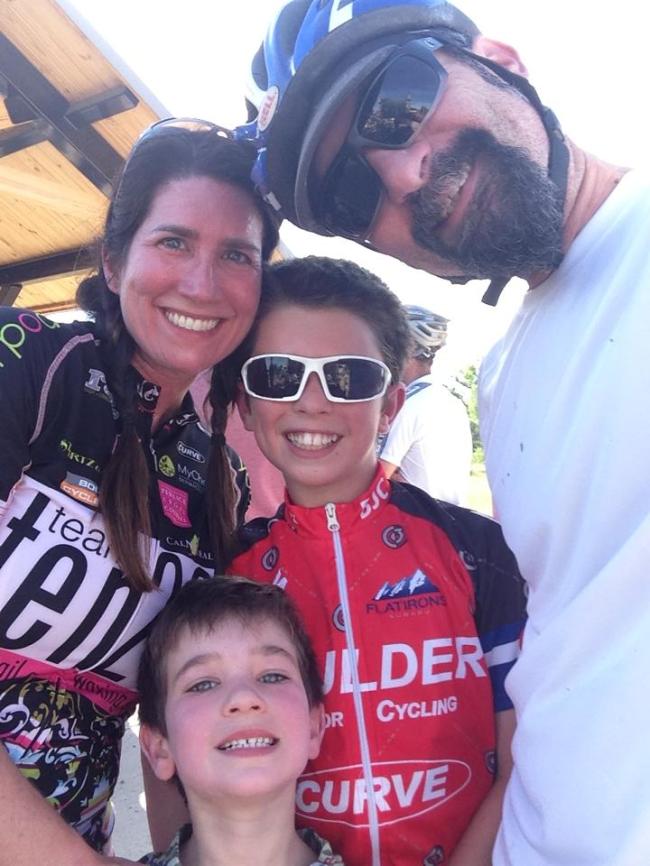 I’ve been “kind of” saying that I “might” race for about 2 years now.  But I’m not competitive, so why race?  Or am I so competitive that I don’t want to race because I might lose? What was holding me back from racing today and for the past 2 years?  The 97 degree heat?  The arthritis I have in my hip like a decrepit old lady?  All the crazy/competitive/amazing athletes in this town?  Work?  Housework?  FOBSIL?  (Fear Of Being Seen In Lycra?  I wore my awesome Team Ten20 bibs and jersey, but I was embarrassed to be seen wearing essentially the same thing as everyone else there.  I even told one person I was wearing a skirt over my shorts before the race so people didn’t get intimidated by how fast I looked.)

I kept saying I was going to try to get in better shape before I tried to race.  Because arthritis gets better as you age, right? Next year will be the year!  I talked to my awesome trainer about it, and I was waiting for her to say maybe racing wasn’t a good idea right now. But she said, “Why not race, but just go at 50% and see how it goes?”

Clouds parted, the sun peaked out, angels played harps.  DUH!  Why not just see how it goes?  Why did I have this weird idea that I needed to get better at racing before I could even try racing?

So I raced today, and it was fun!  I rode fast; not as fast as I think I could ride, but much faster than I would ride on a bike ride by myself.

It was hot and dusty, but the course was fun.  I plan to race again.