>Another year, another camping dessert competition, another silver medal. Well, the judging was a lot less formal this year, so this is pretty much self awarded. I suppose I could have fought for a tie for first, but MB’s strawberry shortcake was realllllly good. Dave and I made the Rainer Cherry Crumble from the June Cooking Light, and it was also really good. We borrowed MB’s cherry pitter and Luke pitted cherries, almost faster than Jack was eating them. Then we pawned Jack off on MB, so we could finish pitting cherries and actually end up with enough for the crumble. Actually, instead of angling for first place, I should be sharing my second place with MB, since she helped so much.

The picture makes the Silver Medal Cherry Crumble look sort of disgusting, I blame my phone, since I was still camera-less at the time. 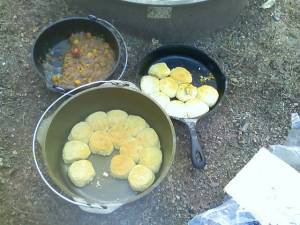 Fortunately, other people brought cameras, so we have these pictures of the boys: 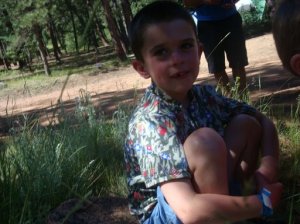 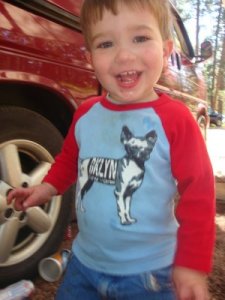