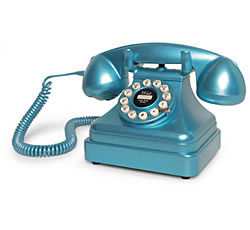 I have been working on installing a new piece of software for about a month now, on and off. I finally gave up and put in a ticket with the vendor. We went through three rounds of “actually that documentation is wrong, try this” until the issue was escalated up to the next level. A conference call was planned between Level 1 guy, Level 2 gal, and me. It started at 1 p.m. and first, Level 2 gal validated everything I had done so far. She found one error and we fixed it. Still didn’t work. Then she started instant messaging Level 3 guy and got one more suggestion. We got one step farther, but it still didn’t work. Then Level 2 gal got two co-workers to look over her shoulder and we went through the whole thing again. No good. So by the end of the 2.5 hour call, it was me, Level 1 guy, Level 2 gal, Level 3 guy on IM, and Level 2 gal’s co-worker 1, and co-worker 2 on the call. (And I could hear some of them looking for answers on google.) Oh, and Jack. Did I mention I was working from home and that Jack was also participating in the call? During this call I nursed Jack, burped him, put him down to play, where he screamed happily and then unhappily, then I put him in the sling and set my laptop on the counter so I could stand, sway, and work. Then I put him down for a nap. When he woke up, I changed his diaper and fed him again. He played with books in my lap. All the while I was troubleshooting this problem, and if Jack had been silent I don’t think anyone would have even known. Of course, we was very vocal. And there was one point where I had to put him down so I could type with two hands and he screamed. SCREAMED. Level 2 gal begged me to pick him back up. I am a fast one-handed typer, but sometimes I need to be twice as fast. I picked him up and he was fine.

I wish the problem was solved, but this was just a necessary step on the way to solving the problem. A long, 2.5 hour, headset-less, one handed, baby-holding phone call. And usually I don’t get anything done when Jack is being fussy!