We have a little saying in our house that goes like this: Whatever Jack wants, Jack gets. Jack wanted Chocolate Babka, so that’s what I made for FBF last week. The good news is that I used this recipe, from Smitten Kitchen, which was 1000 times easier than the one I used last time.  However, it was only 90% as good.  So now I am wondering if I should try to take the best parts from each and combine them.  Seems risky and complicated. 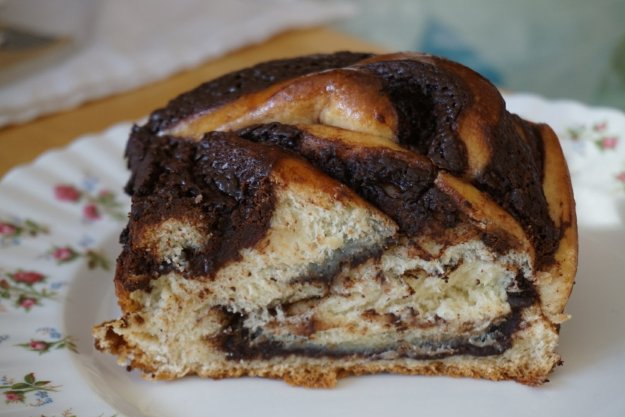 I shouldn’t even post that picture of the bread because it makes it look a little under done on the inside.  The judges on The British Baking Show (or whatever its called) would not fully approve.

I thought it was very good and very easy to make, and Jack felt like he didn’t get a fair amount of servings, so I will probably make it again soon.  I’m in the midst of a baking signup perfect storm where I had to make FBF this morning, followed by muffins for a bake sale tomorrow, and cookies for a mountain bike race on Sunday.  Hopefully I won’t burn out and going into another Fancy Breakfast Friday dry spell that’s just full of waffles.  Fall FBF is the best FBF.