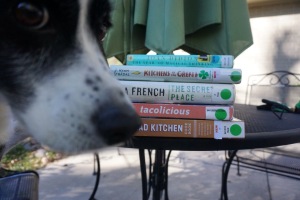 I have just emerged from a slow reading period and next I hope to rip through a bunch of books. I finished the last Game of Thrones book, which was slow going for me because of the overlapping time frame with book four.  had also read a spoiler that bugged me and I dreaded that part.  Utimately, I did get into it, and it took over my life as per usual.  I read about 3/4 and then started skipping ahead because I wanted to know what happened with each character.  All my skipping ahead via skimming chapters led me to the believe someone died who didn’t and then I was surprised when someone else died.  (Not a spoiler, people die all the time.)  Alas, I thought I would be relieved to know what happened but I was left wanting more.   At least book 6 is supposed to be out in the next year or so.

So what else am I reading? I started Between the World and Me by Ta-Nehisi Coates.  It’s a letter from a a father to his fifteen year old son about being black in America and protecting your body from harm.   It’s very intense, and I could only read a little at a time.  With a one week digital check out from the library, I didn’t get it finished.  It’s been short listed for the National Book Award under non-fiction and it’s been on my radar for a couple months, but it only just arrived in digital form at the library.  I put it back on hold and I’ll try to finish it next time it comes into my queue.

I also read most of  The Boys in the Boat, which was a reader recommendation.  (Thanks Dad!)  I am a much slower reader of non-fiction so it took a while to get into it, but I enjoyed it a lot.  I had to share facts from every page to the delight/annoyance of my loving family.  Again, this was a library book and it was due today, so I had to skim the last half and then devote myself to the ending which was very exciting.

I also still have The Year of Magical Thinking and Kitchens of the Great Midwest waiting in the wings. Tomorrow I chaperone my third field trip in less than a week, and I recently learned how much work moms put into class parties, much to my surprise.  It used to be that I was lucky to take an hour off to show up and help out.  When you volunteer earlier in the process, you end up making elaborate (by my low standards) crafts for the whole class to do.  Props to all you moms that have been planning parties all these years, I had no idea.  Long story short, I have not had time to read with all the momming I have been doing, but I think I am approaching a lull, and the reading will pick up soon! &nbsp