Over a year ago, I commented on a picture of my cousin (on facebook) when she was little, to say that she looked exactly like Jack.  Somehow that thread appeared in my news today, so I was forced to make this collage instead of accomplishing anything off my list. 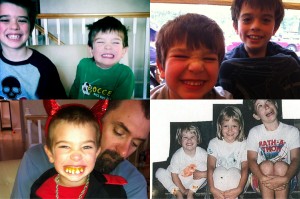 Can you see a resemblance?

1 thought on “Jack and Jane”